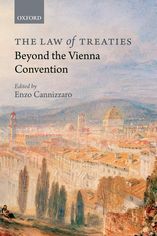 The Law of Treaties Beyond the Vienna Convention