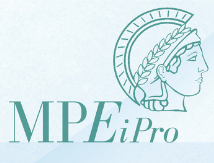 From the MPEPIL General Editor

From the MPEiPro General Editor

Letter from the General Editor

It is not yet commonplace in international law to speak of "international procedural law", not because procedure is unknown or new, on the contrary, but because this field has not yet been identified as a “branch” of international law like humanitarian law or trade law are. Procedural law is often regarded as formal and technical, and thus rather neutral. Procedure is often seen as an accessory to substantive law, or, as commonly put, procedural rules are servants not masters. And yet, procedural law is far from being ignored. In fact, it plays a vital role, even though it may not, at first glance, have the drama or the intrigue of substantive law. First, as secondary rules in Hart’s description1, procedural rules govern the “putting into practice” of substantive rules. Hence, procedural law is central to the proper functioning of any legal system, including administration of justice, as it commands not only the way decisions are made but also how they are implemented and how their validity is assessed. Secondly, international procedural obligations tend to multiply in a context where substantive obligations, be they hard or soft law, are more often coupled with rules aimed at ensuring their effective implementation (e.g. obligations of transparency, follow-up or compliance mechanisms). Thirdly, international courts and tribunals, or other types of dispute settlement mechanisms, have multiplied over the past decades. These evolutions contribute to the diffusion of models of decision-making processes that emphasize the idea of due process but go beyond its traditional judicial understanding by implying that the way a decision is made and implemented is as important as the outcome.

The scope of the Max Planck Encyclopedia of International Procedural Law (MPEiPro) mirrors a broad notion of procedure that embraces decision-making by international organs in general, including political and administrative bodies whose purpose is not that of adjudicating or otherwise settling a dispute or a legal issue. However, the life-cycle of the Encyclopedia has started with a focus on dispute settlement and adjudication, encompassing non-contentious and non-binding forms of international adjudication performed by public international law institutions, but also domestic and transnational ones, that is, all those institutions whose essential purpose is to lay down and/or apply rules of obvious international relevance. Later, the Encyclopedia will extend to non-adjudicatory modes of dispute settlement before tackling non-adjudicatory institutional decision-making processes.

The Encyclopedia makes available detailed accounts of key events, concepts and institutions, original research, rich historical contextualizations, in-depth legal analyses, and critical assessments of existing practices and doctrines, integrating insights coming from other disciplines, like history, philosophy, sociology, international relations theory or anthropology. One very significant feature is the application of the comparative method of analysis in many of the entries. Thus, MPEiPro not only reflects the state of the art of legal and interdisciplinary research on international procedure, it also promotes cutting-edge research on what remains on the whole an underexplored realm of international practice. The development of the project confirms the prediction that a systematic study of international procedural law and practice would yield important insights in the highly complex workings of today’s international relations.

MPEiPro’s general design, method and style makes it appealing to a wide audience. The fact that it features many entries on highly specific topics in the field of procedural law, often dealt with through a comparative perspective, makes it particularly useful for practitioners but also, thanks to the underlying expansive notion of international procedural law, for transnational and global lawyers. MPEiPro’s ambitious multidisciplinary approach makes it attractive for theoretically-minded scholars and practitioners as well. Last but not least, MPEiPro aims to position itself as a reference work, and a first port of call, for undergraduate, graduate, and PhD students interested in international procedural law and public international law more generally.

The MPEiPro team is proud to introduce the Max Planck Encyclopedia of International Procedural Law to the community of all those who are interested in international procedure. We commend Oxford University Press for facilitating the creation of such an unprecedented publication which will allow practitioners, scholars, legal advisers, policy-makers and observers of international relations and global governance to have at their disposal the most comprehensive pool of knowledge on international procedural law, which will be enriched each month by new entries to reach a total of more than 1,500.

[1] “they specify the ways in which the primary rules (substantive rules) may be conclusively ascertained, introduced, eliminated, varied and the fact of their violation conclusively determined”.