From the Editorial Director

We have compiled a list of all of the books on international law published between April 2014 and March 2015.

The accompanying spreadsheet includes titles, authors, whether a book was authored or edited, publisher, language(s) of the book, and then classifications by subject matter.

The list includes 401 titles. The following criteria were applied:

No judgments about the quality of the scholarship have been applied in selecting the titles.

Languages: we aimed to find every relevant title in English, French and German. Some titles in Spanish, Italian and Portuguese were found but as we were unable to verify whether we were missing some titles we chose not to include any.

Publication dates: the titles were published in their country of origin between the dates of the survey.

Subject matter: international law broadly conceived. There is naturally room for argument about what we have included or excluded and in particular what counts as “international” and counts as “law”. Each title can have up to two subject tags, so the spreadsheet tab that lists titles by subject matter has more than 401 items in it.

Book types: we excluded texts published primarily for teaching purposes but left in several “Introduction to…” titles as these focus on narrower topics and offer scholars a way to discover more about areas of international law with which they might not be familiar. We also excluded yearbooks on the grounds that most publishers treat these as journals.

Feedback: We are happy to consider any suggestions for titles which readers think should have been included. Please send any comments to john.louth@oup.com 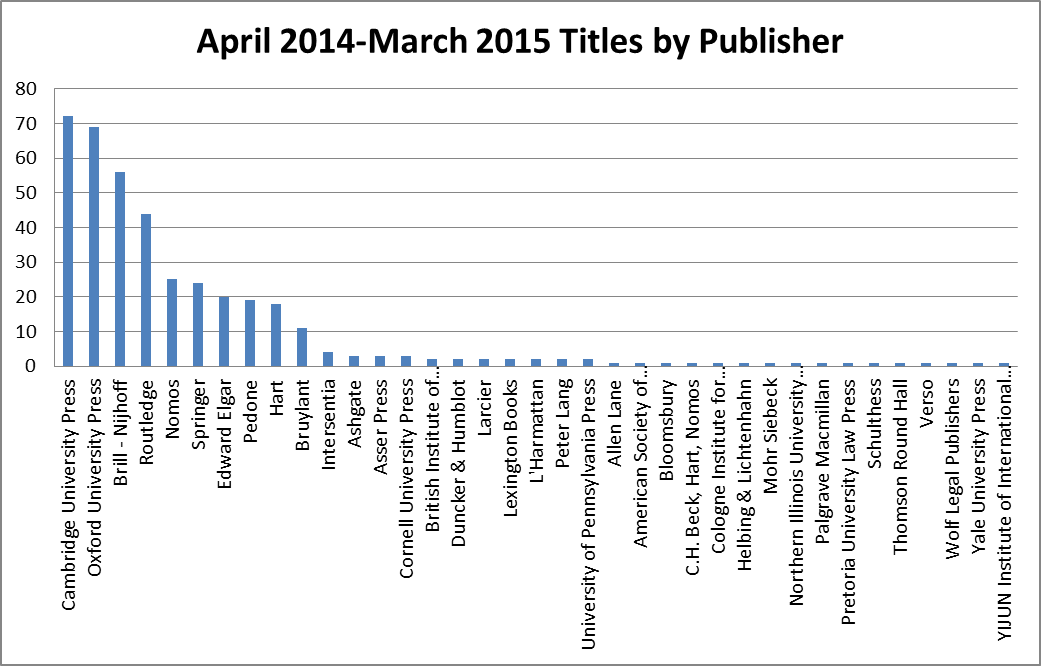 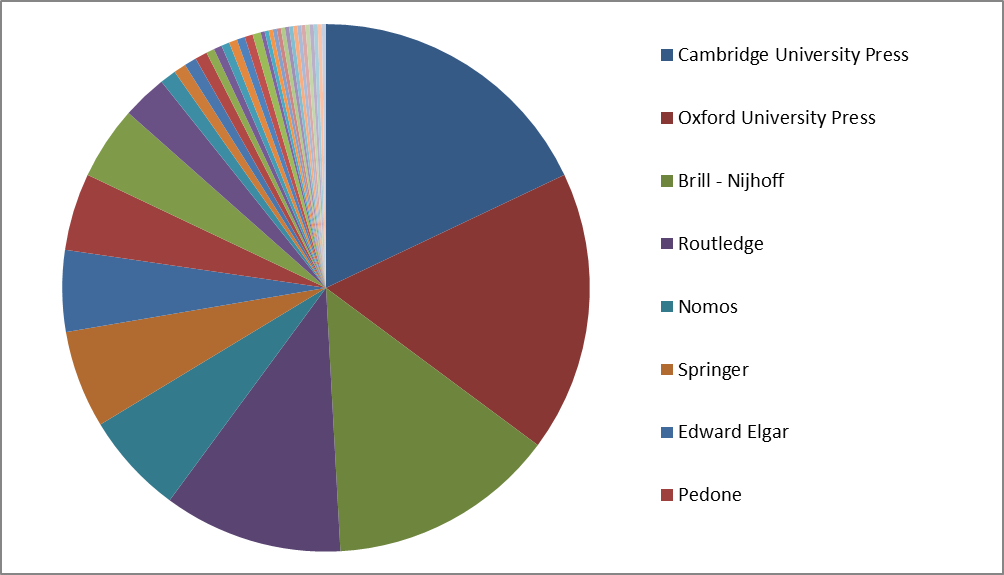 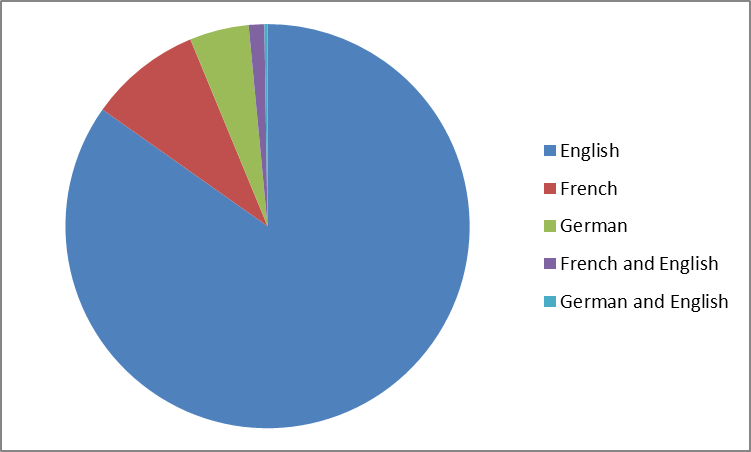 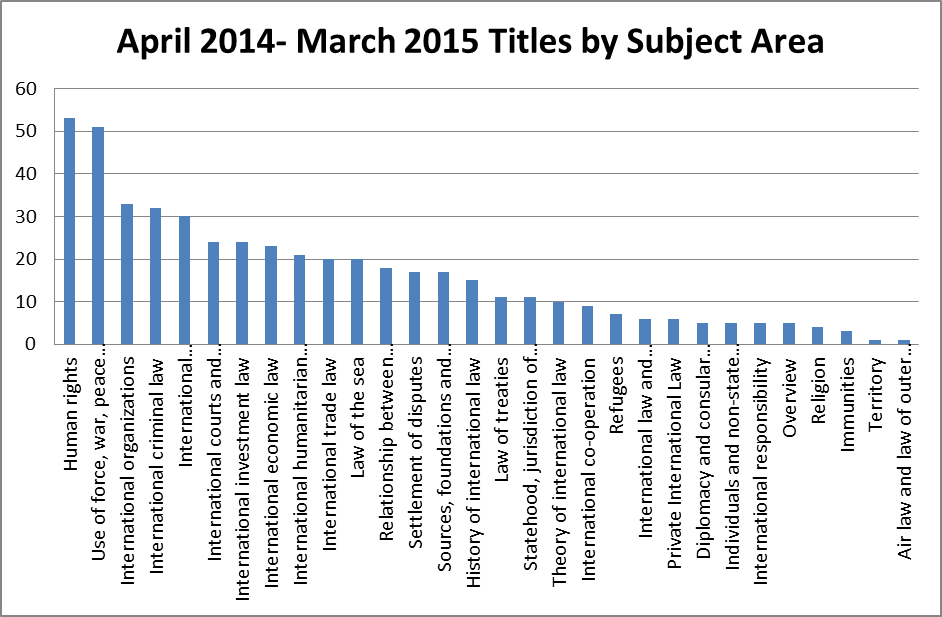