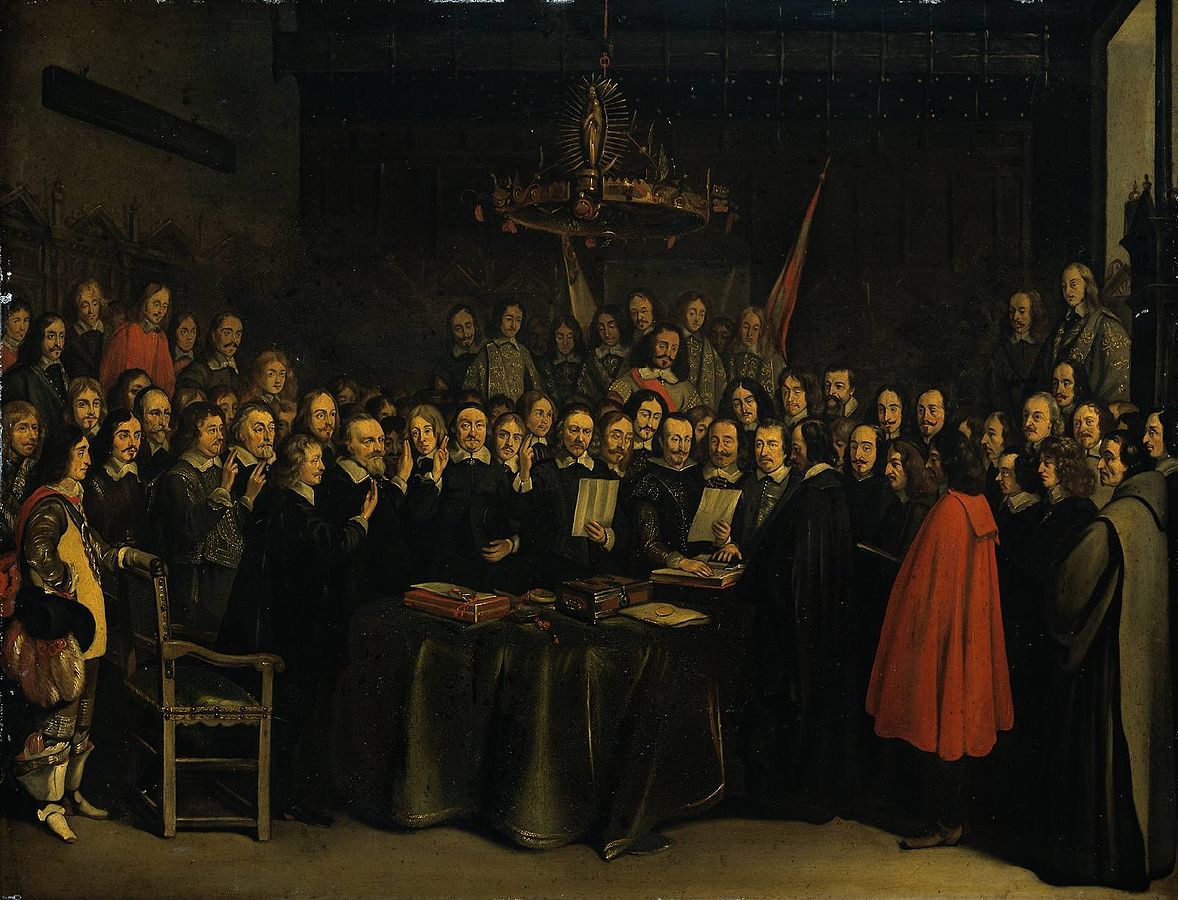 Randall Lesaffer brings his general editorship of Oxford Historical Treaties to a worthy conclusion with his final editorial ‘Closing Time’, about the evolution of the treaty ratification process away from its explicitly religious underpinnings at the time of the Peace of Münster in 1648. John Louth also pays tribute to Randall’s eight years of diligent stewardship of OHT in his valedictory piece ‘Randall Lesaffer’s Museum of the History of International Law’.

Read the final editorial and John Louth's tribute or visit our depository of past OHT editorials.

Image: 'The Ratification of the Treaty of Munster' by After Gerard ter Borch, Public domain, via Wikimedia Commons.

The last OHT Editorial & a Tribute to Randall Lessaffer

As the Oxford Historical Treaties editorials conclude, read the last editorial and a tribute piece to Randall Lessaffer.

Franco-Prussian Relations and the War of the Austrian Succession by Benedict Vanlanduyt (KU Leuven).

The Treaties of Villafranca and Zurich (1859): Old Regime Nostalgia on the Road to Italian Unification by Randall Lesaffer

The Treaty of 1903 Between Cuba and the United States Determining their Relations: The Continued Struggle for Cuban Independence and Stability by Ignace Van Den Steene (KU Leuven)

Claims Convention between the Two Sicilies and the United States, signed at Naples, 14 October 1832

Treaty of Peace, Amity and Alliance between Ecuador and New Granada, signed at Pasta, 8 December 1832

Treaty of Navigation and Commerce between Russia and the United States, signed at St. Petersburg, 18 December 1832 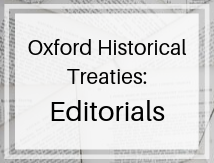